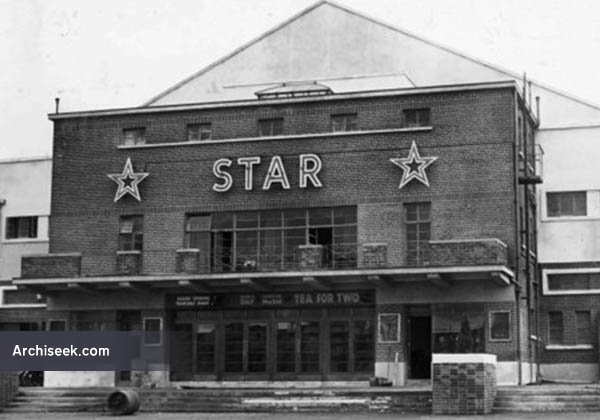 the Star Cinema opened on 15th January 1953 and closed in December 1971 to become a pop concert venue. One of the more notable acts to appear was the Bay City Rollers in April 1975 when 150 fans caused a near riot in the auditorium. It was then used as a snooker hall, roller disco and then bingo, which is still operates as today.

The cinemas constructed in the 1950’s in Dublin’s suburbs are mostly of the same basic design – a large auditorium fronted by a brick clad block containing the entrance, retail, and toilet facilities. The facade is much altered with cladding covering the brickwork.