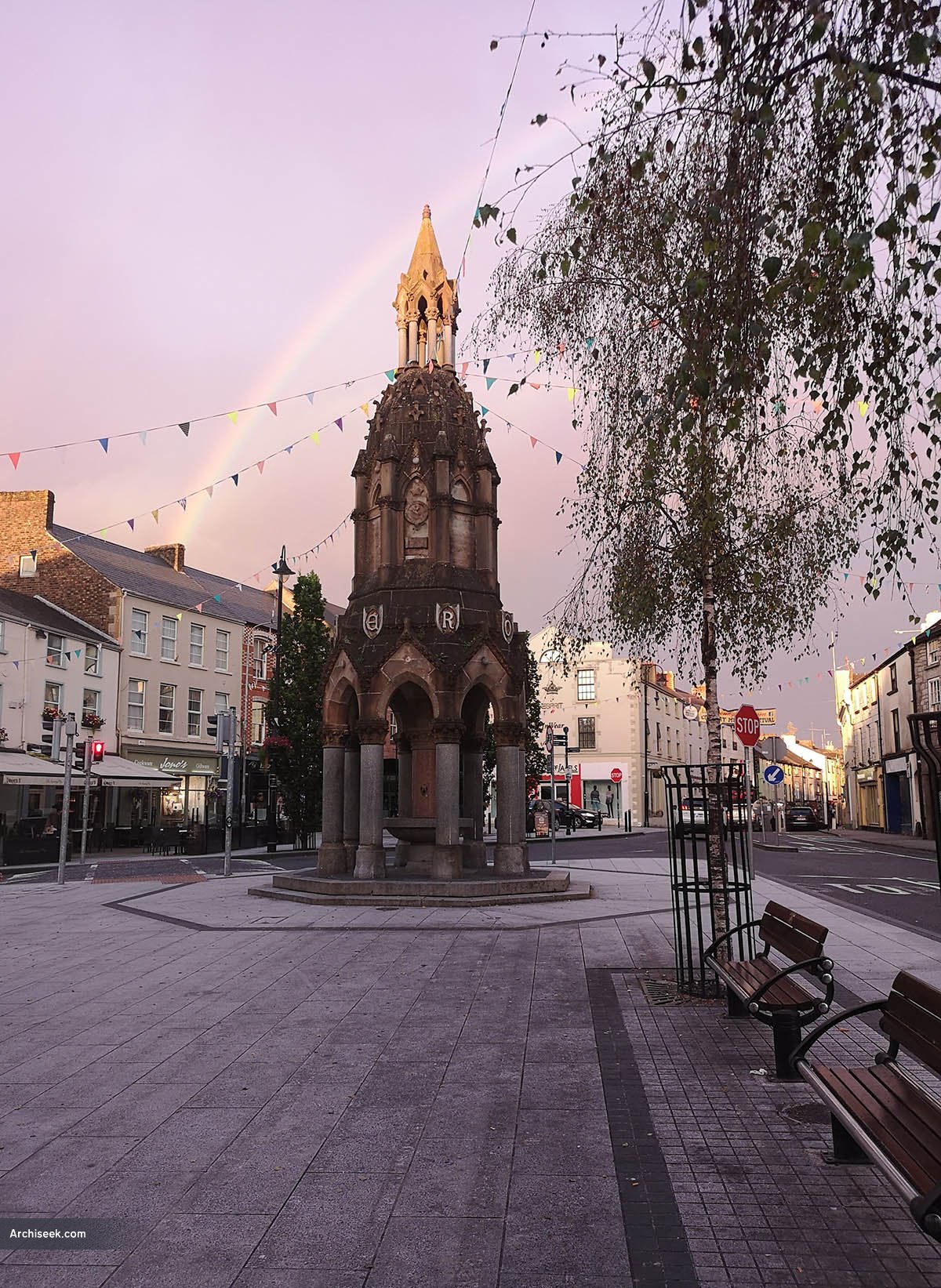 The Rossmore Memorial in the Diamond and was probably designed by E.J. Tarver as a memorial to the 4th Baron Rossmore who died after a hunting accident at Windsor Castle in 1874 aged 23.

Originally this was the site of the Old Cross but it was moved to the Shambles – now Old Cross Square. This strikingly ornate Victorian monument is octagonal and constructed of red sandstone, granite, sandstone and various marbles. The central marble columns supports a drinking fountain while around it the eight gray columns support the pinnacled superstructure which rises to a dome surmounted by a spire supported by yet more columns. The letters of Rossmore (also 8 in number) are spaced out around the monument. The fountain has not worked for many decades.

“The fountain is of the Gothic style of architecture. It occupies a space of 24 feet with an elevation of 50 feet. It is surrounded by an octagonal platform, consisting of 3 tiers of steps. Nine massive columns with moulded bases support the superstructure. Water ascends a central column and then falls through a lions head into a basin 6 feet in diameter. Richly carved capitals surmount the columns and support the arches which form a canopy over the fountain. The fountain is surrounded by a handsome ornamental railing and gate with four neat lamps. The total cost of the structure was £1000”.