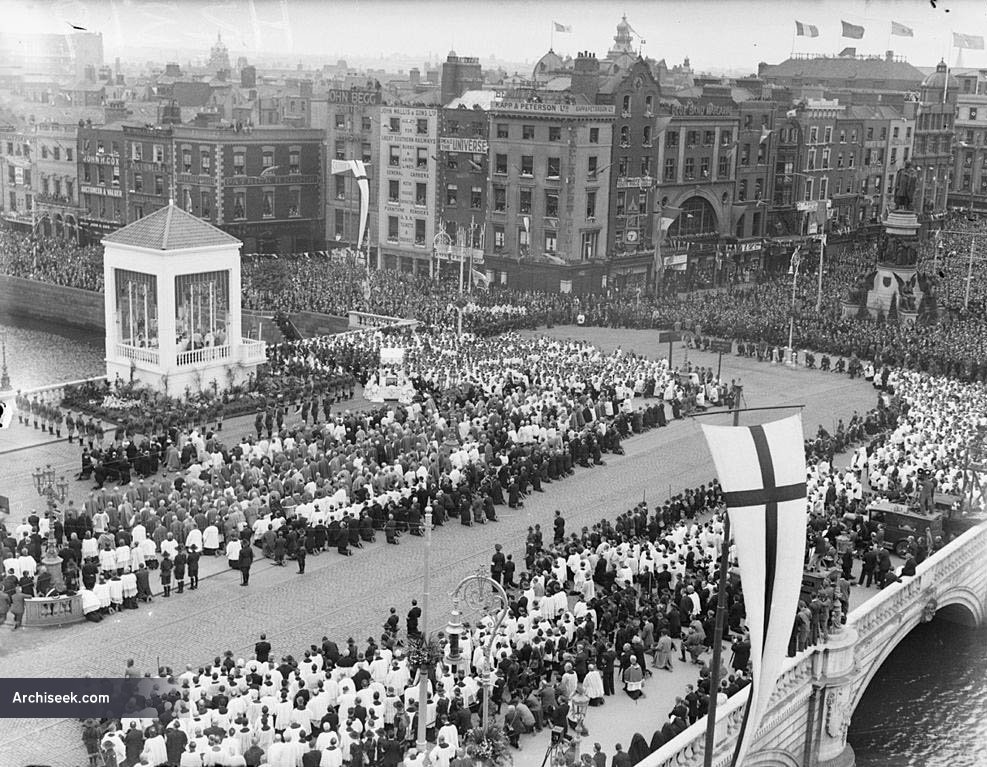 This temporary altar was constructed for the final blessing of the 1932 Eucharistic Congress in Dublin. Earlier in the day, there had been a Solemn Pontifical High Mass at 1 p.m. in the Phoenix Park. A procession estimated at one million people, described as “miles of praying people”, then made its way to O’Connell Bridge. The Service of Benediction and Hymns on O’Connell Bridge took place around 5.30 p.m., and the Papal Legate Cardinal Lorenzo Lauri gave his final address of the Eucharistic Congress from this location.