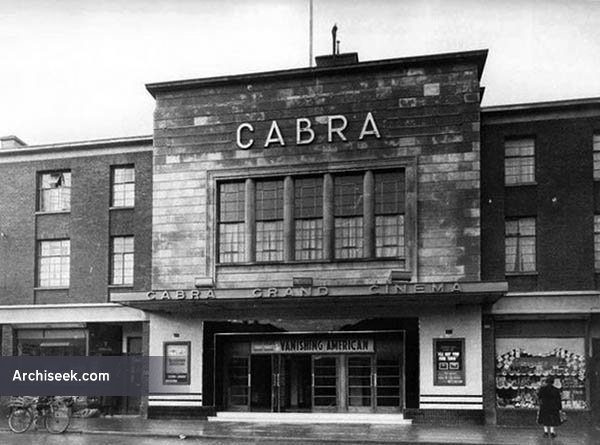 The Cabra Grand Cinema was designed by Henry J. Lyons & Samuel Lyons for Leonard Ging’s Strand circuit but sold to Irish Cinemas before completion. It opened on 16th April 1949 with 1,600 seats. It closed on 31st January 1970, was used as a concert venue for some years, and is now a bingo hall. The rake of the auditorium floor has been removed.