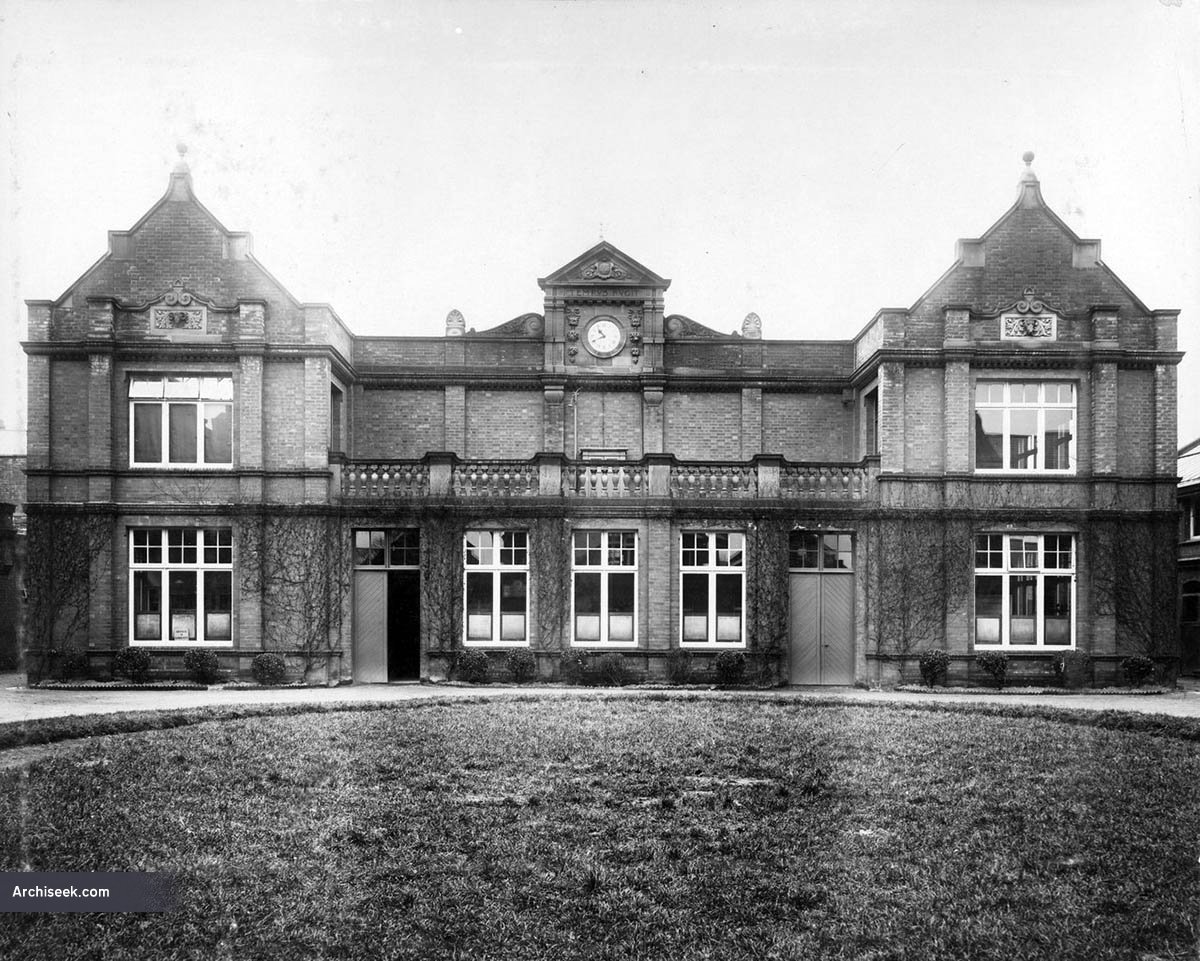 Two separate veterinary schools were run by UCD and TCD at the Ballsbridge site and this continued until 1977 when the two schools were merged and fully incorporated into UCD. With an early 20th century block of looseboxes and facilities to the rear by L.A. McDonnell, the land value of this site outweighed its use and it was sold for development. The stables were demolished soon after. The classroom and office accommodation featured animal skulls in a jokey architectural reference.