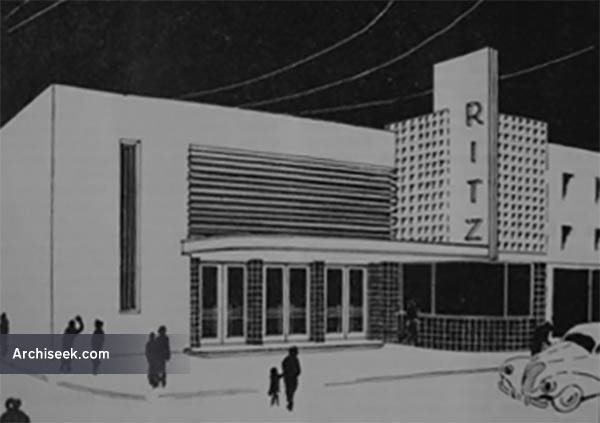 The Ritz Cinema (1939-40) is attributed to Michael Scott but was in fact designed by Bill O’Dwyer who was working and studying in the office of Michael Scott at that time. While it is impossible for a successful architect to fully design all the buildings that come into his practice, Scott seems to have produced only rough sketches for the project leaving O’Dwyer to design the building. O’Dwyer was to be responsible for many of the cinema commissions undertaken by the firm in these years including two other Ritz cinemas at Carlow (1937) and Athlone (1939).