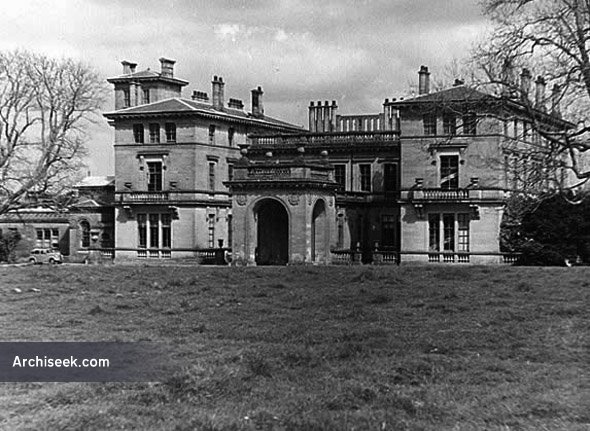 Drumbanagher House was a very large, Italianate mansion by William Playfair built for Lieutenant-Colonel Maxwell Close, who was the brother-in-law of 1st Lord Lurgan. Described as being “one of his grandest country houses”, it was constructed of Scottish sandstone, with a central two storey block with two three storey wings set at right angles to it. The space between the entrance front wings contained a massive, arched porte-cochére. Today, all that remains is this porte-cochére.

Following occupation by the American and British armies during the 2nd World War, it was demolished by its owner in 1951 due to the expense of maintaining the property. It was described in the Belfast Telegraph as “perfectly sound and in good order when it was demolished”. The scale of the house was obviously quite large, as the remaining archway is massive.