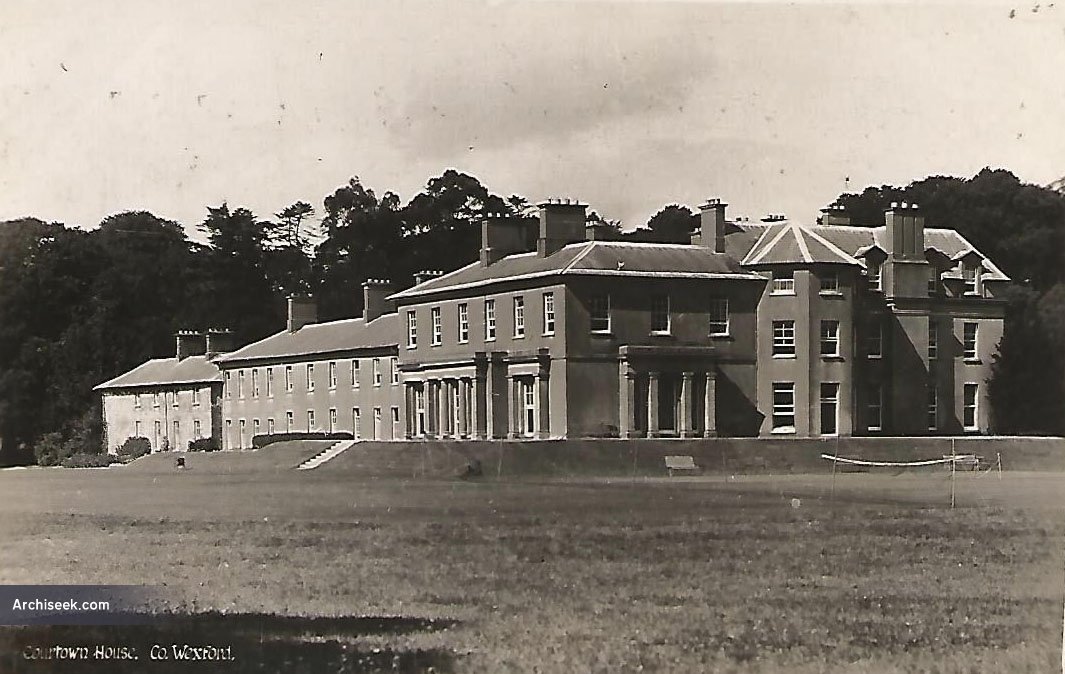 Courtown House, near Gorey, was the seat of the Earls of Courtown. It was significantly altered and enlarged during the 19th century, including work by William Burn. The front consisted of a U-shaped block of two storeys and a dormered attic within the high-pitched, château-style roof. The five-bay centre had a large open porch, with a porte-cochere carried on four piers.

This house, one of several on the Courtown estate, was pulled down in 1962, having been sold to the Irish Tourist Board in 1948. After World War II, the income from the amount of land left in the estate was not enough to keep Courtown House going and it had to be sold.