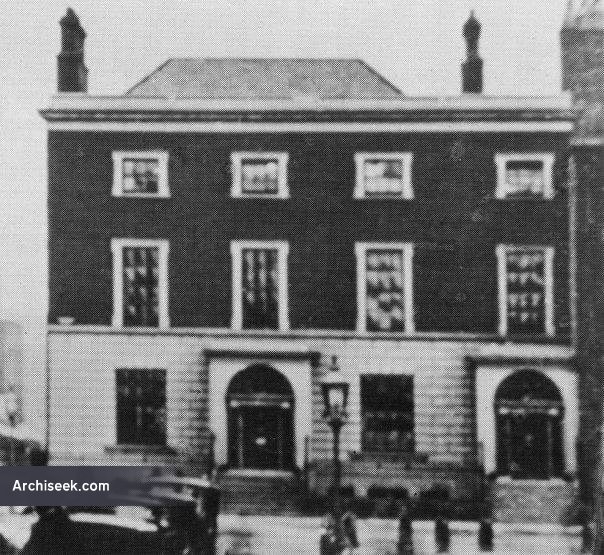 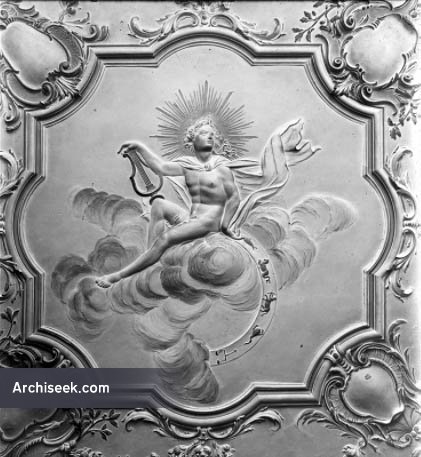 Constructed between 1744-46 for the then Surveyor General, Arthur Jones Nevill. Llater divided into two separate premises, and shopfronts were also inserted into the Merrion Row facade.

Despite the alterations, the magnificent stuccoed back drawing room, known as the Apollo Room, survived internally into the 20th century. In 1912, when the house was purchased and earmarked for demolition by Bank of Ireland to make way for a new branch, it offered the Apollo Room to the State, who duly accepted it and had it re-erected as a furnished Georgian room in an annex to the nearby National Museum.

In the late 1930s the room was dismantled and put into storage. In spite of calls for its re-erection after the war, this did not happen, and the 18th-century panelling decayed and was eventually rendered unsuitable for re-use. When the Drawing Room wing of the State Apartments in Dublin Castle was being rebuilt in 1964-1968, the opportunity was taken to re-erect the ceiling of the Apollo Room here, along with reproduction panelling and cornice. It remains one of the finest rooms in the State Apartments.

There’s a lovely sketch by Walter Frederick Osborne of St. Stephen’s Green in the National Gallery of Ireland with Tracton House in the background.