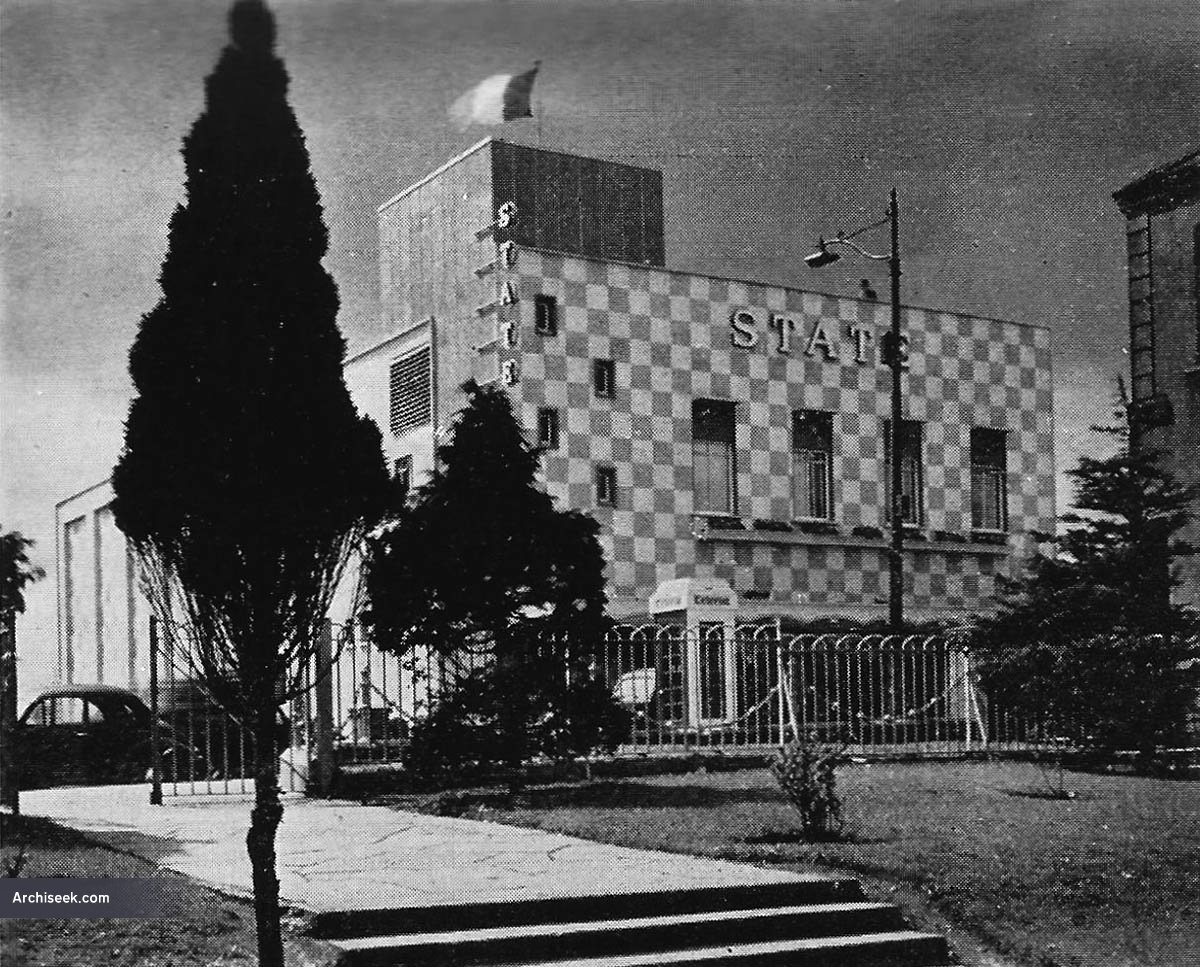 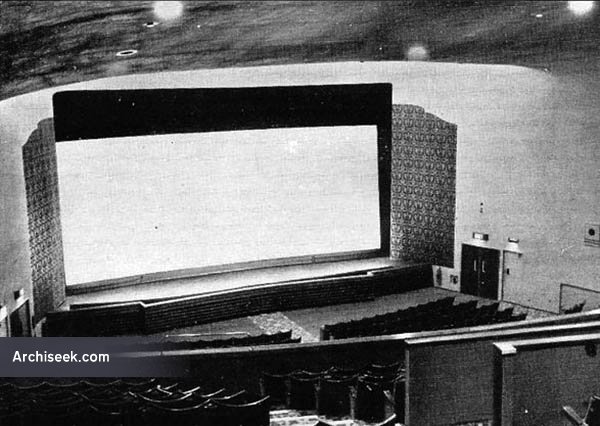 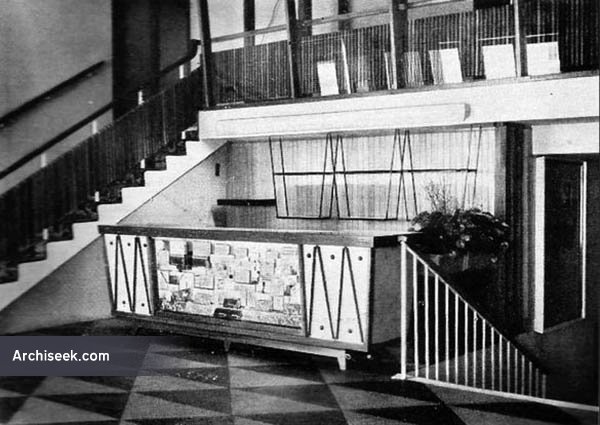 A new cinema by Odeon (Ireland) Ltd. to replace the former Phibsborough Cinema on the same site near Doyles Corner. It was the first Dublin cinema to be designed for CinemaScope presentations and it opened on 24th April 1954. Closed by Odeon in 1974 as part of a substantial programme of cinema closures. Briefly used for theatrical performances after closure, despite having no proper stage facilities, it later became a shop, an ice rink, and later a furniture store.

The State deviates from the standard iconography of Dublin 1950s suburban cinemas in that the front block is not finished in brick. Instead it is finished in coloured cement panels.