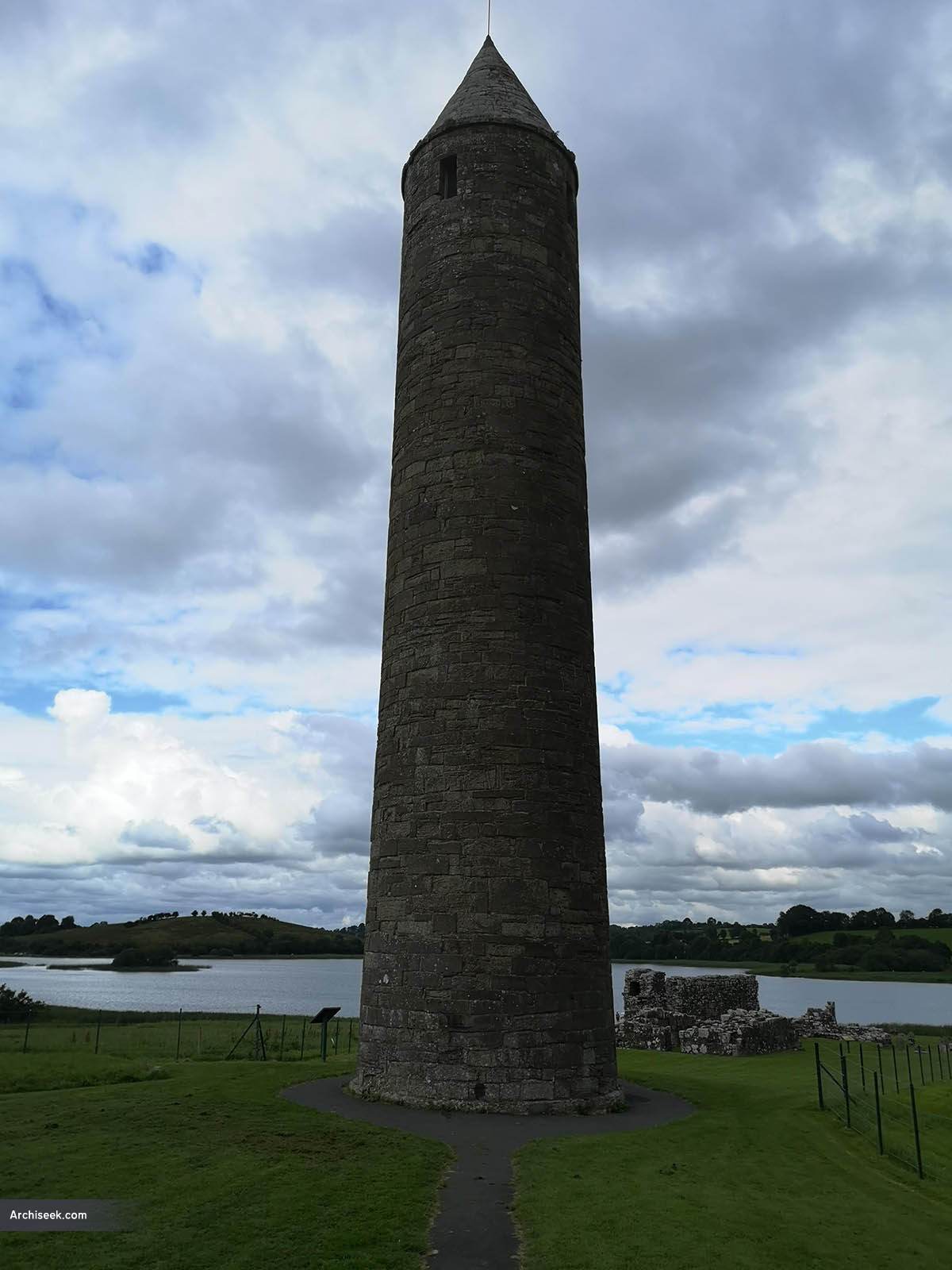 There are extensive low earthworks on the hillside, but the earliest buildings are St Molaise’s House and this fine round tower close by, both with accomplished Romanesque decoration of the 12th century. The round tower is some 30 metres tall and can be climbed using internal ladders. It features a sculptured Romanesque cornice of heads and ornament under the conical stone roof.

Nearby is a cross carved with spiral patterns and human heads. There are also several cross-slabs, one with an interlace design and a mediaeval carved cross. Near the round tower, the foundations of another tower were found, which the present tower probably superseded.