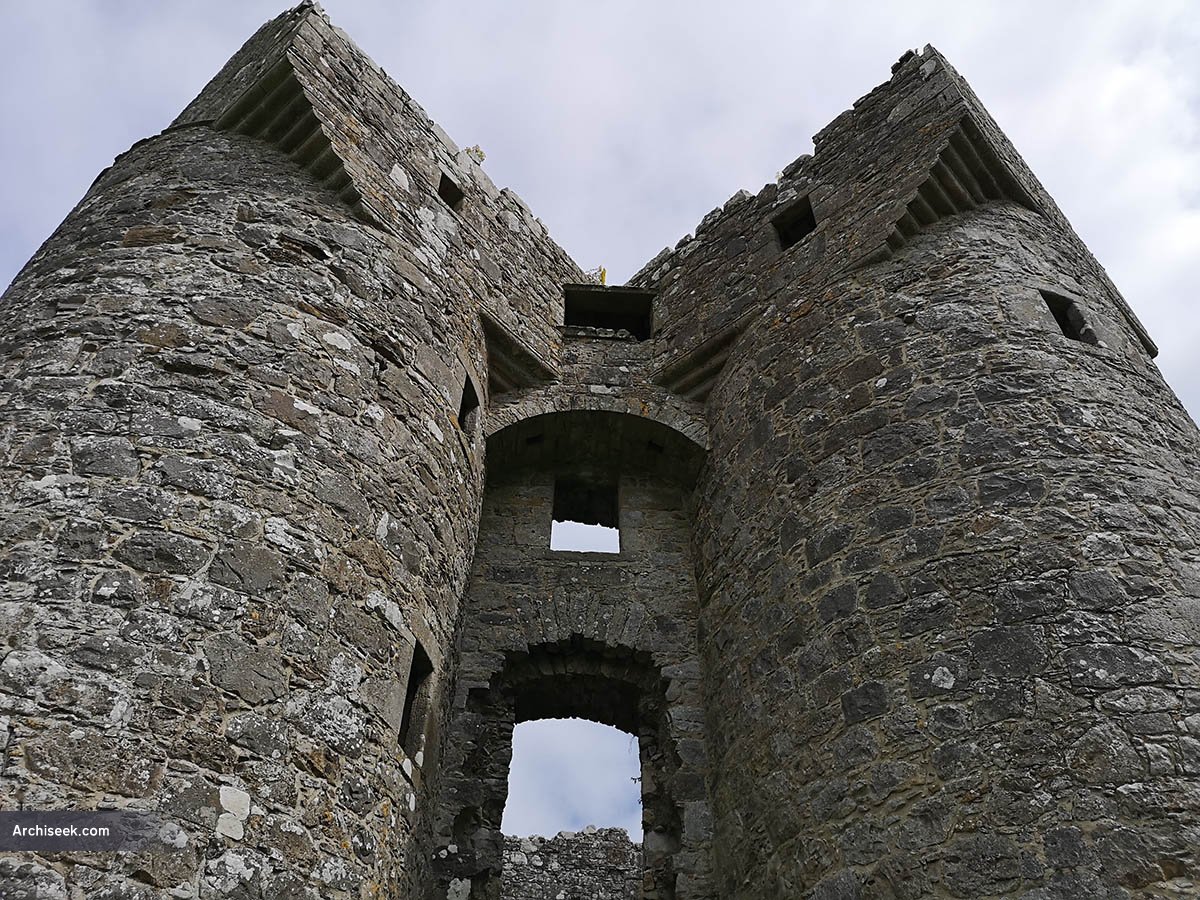 Monea Castle is situated where a Maguire castle would have been based prior to the Plantation and a crannog is still visible alongside. Work started in 1616 with the bawn a few years later in 1622.

A rectangular tower house three storeys high, with tall attics and vaulted ground floor. Two massive semi-cylindrical towers sit on either side of the entrance, flanking the short west end of the castle. On the top of the towers are corbels and crow-stepped gables, giving the Scots appearance.

In the Irish Rebellion of 1641 it was attacked by Rory Maguire, who “slew and murthered eight Protestants” here. In 1688 it was occupied by Gustav Hamilton, the Governor of Enniskillen, who died in 1691. His wife and children continued to live at Monea, but had to sell the estate in 1704. A few decades later the castle was gutted by fire and subsequently abandoned.