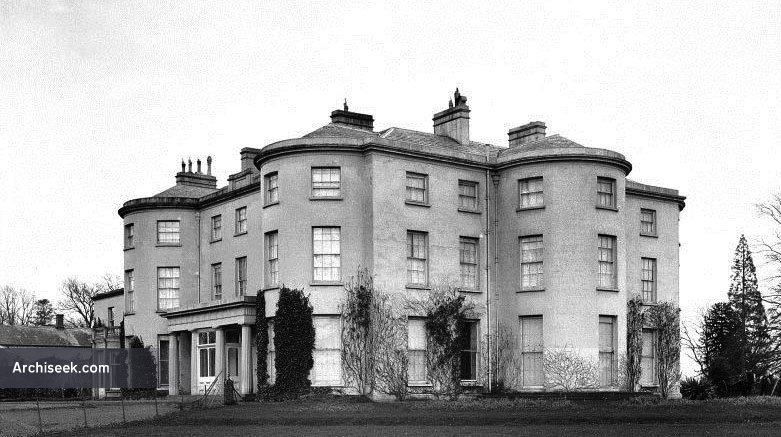 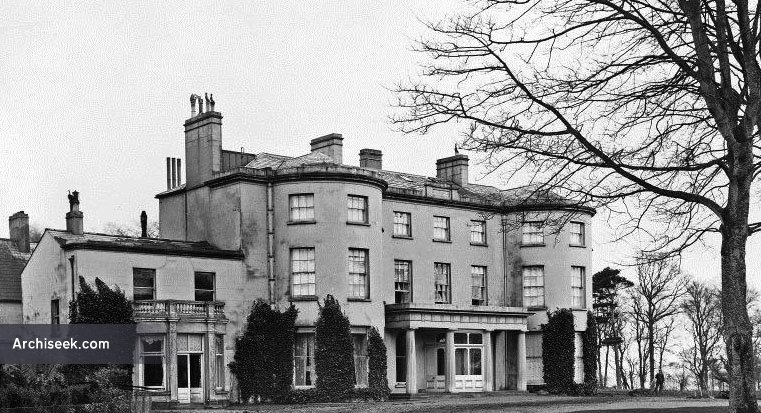 The Ordnance Survey Memoirs of Ireland of 1835 described it “About 70 years ago Langford Lodge was a fishing lodge, slated, containing only 2 rooms and an entrance. This was before Lady Langford’s time, in the Right Honourable Hercules Langford Rowley’s time. In ‘85 Sir Hercules Pakenham, the present proprietor’s grandfather, pulled it down and built a 2 storey house with very narrow windows and exactly like Castle Upton in its present state, with turrets. In 1821 it was pulled down by the present proprietor, the Honourable Major-General Sir Hercules Robert Pakenham KCB., who built it in its present form, 3 – stories high with 3 bows, partly on the site of the old. James McBlane of the county Down was the architect. The front is supported by 4 pillars of cut stone, fluted, each pillar in one piece, without a joint, measuring 11 feet 6 inches high by 6 feet in circumference, imported from Scotland.”

It later became RAF Langford Lodge with two large runways constructed. The house and its dwellings were modernized and re-decorated for the accommodation of high-ranking officers and personnel. Opened in 1942 the base was an air depot for the United States Army Air Forces, as such thousands of aircraft were processed on their way to active service in Britain, North Africa, the Mediterranean and mainland Europe. Base Air Depot No. 3, United States Army Air Force Station 597 at Langford Lodge was one of four base air depots in the United Kingdom. At these bases, the U.S.A.A.F. carried out assembly, modifications, repairs, and overhauls. There, the 8th Air Force processed thousands of British and American planes on their way to war. The base played a vital role in the U.S. Army Air Force’s war in Europe. At the time, it was their second-largest depot outside of the United States. In May 1944, 6,673 people worked on the Langford Lodge base, and it had its own dedicated railway halt on a branch line especially constructed. The runways can still be seen today. The house is unfortunately gone.