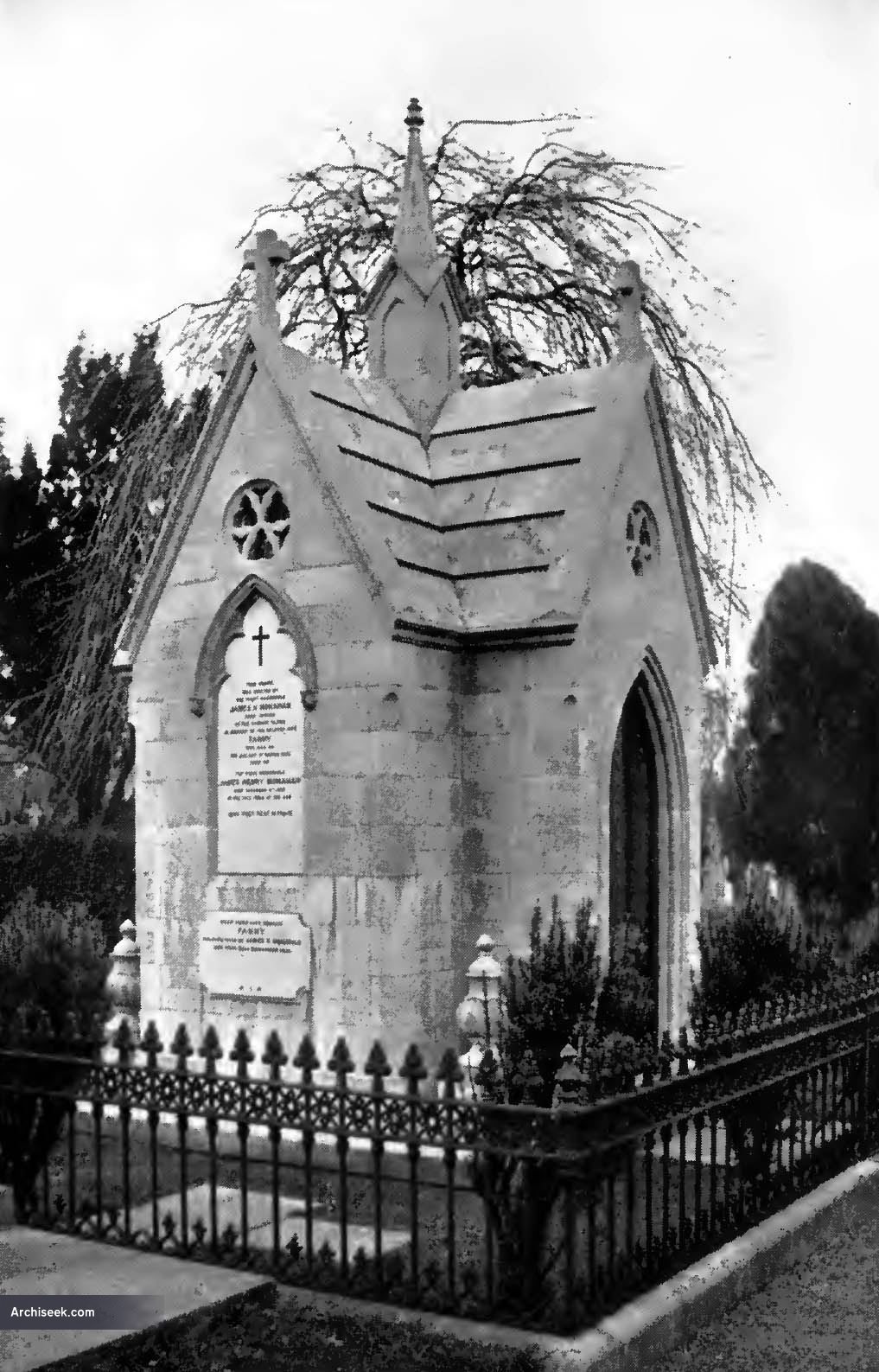 The final resting place of James Henry Monahan, Lord Chief Justice of the Common Pleas in Ireland, died aged 74 on December 8th, 1878. Called to the Bar in 1828 the year before Emancipation elected to Parliament for Galway in 1846, he discharged the role of Solicitor and Attorney-General from 1847 to 1850 a period packed with exciting State trials notably, those of Smith O Brien, MacManus, Meagher, Mitchel, Gavan Duffy, and others. Originally erected for his wife who predecessed him.