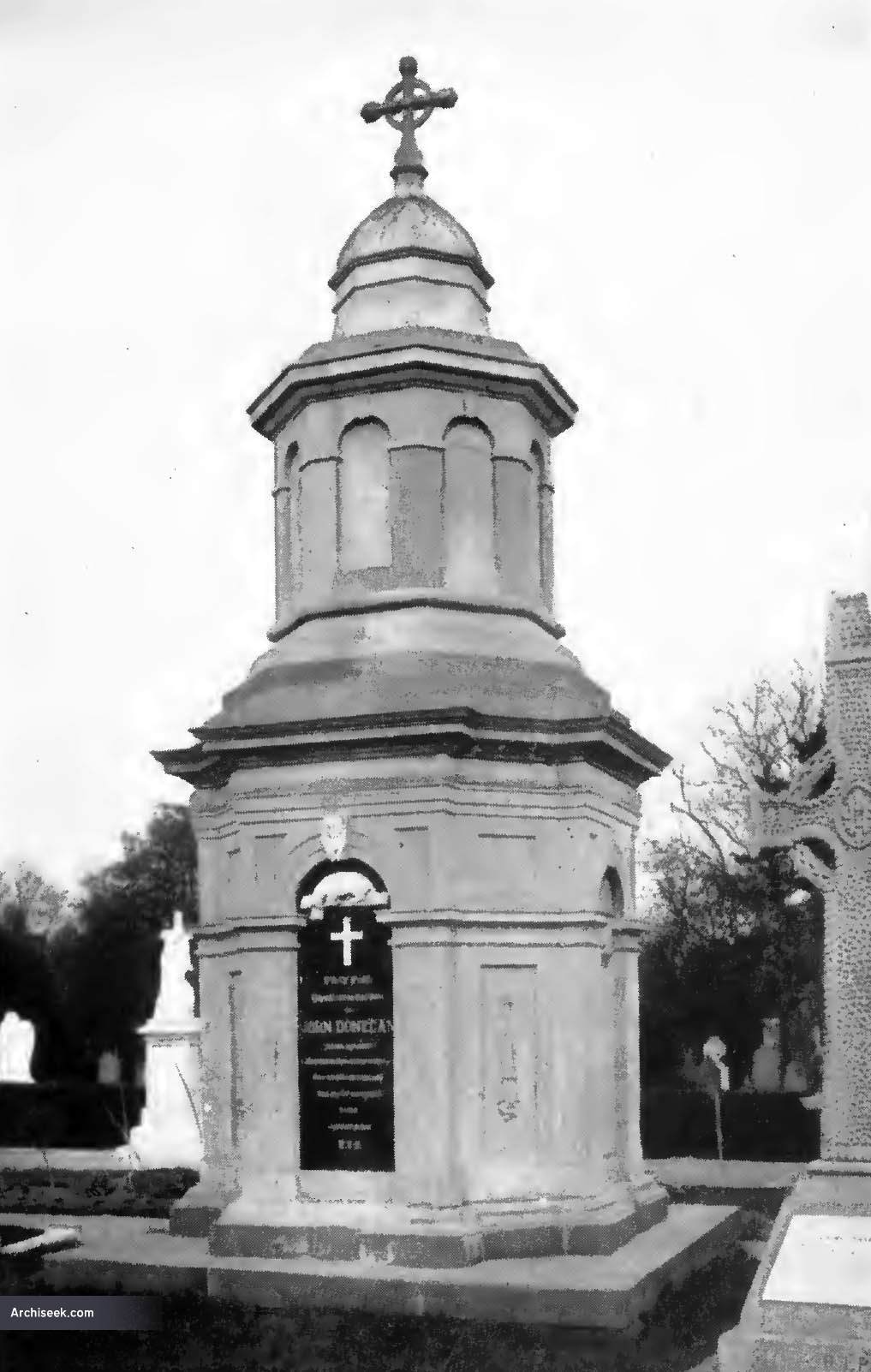 The tomb of John Donegan, a successful Dublin jeweller. Described after his death: “A munificent benefactor to his creed and kind followed on November i8th, 1862. John Donegan, the well-known Dublin jeweller, used to give every priest going on the foreign mission a silver chalice, paten, and case for the holy oils ; and any Irish man who distinguished himself in the walk of practical patriotism received a gold watch. He assisted broken-down merchants and half-bankrupt shopkeepers. He gave thousands of pounds to All Hallows College a few months before his own death. He raised a monument at Ballinamore to the champion of his Church Father Tom Maguire. He gave to Armagh Cathedral chalices, monstrances and ciboriums set in diamonds. The good he did in private will never be known.
A massive monument is raised to him in the O Connell circle.”