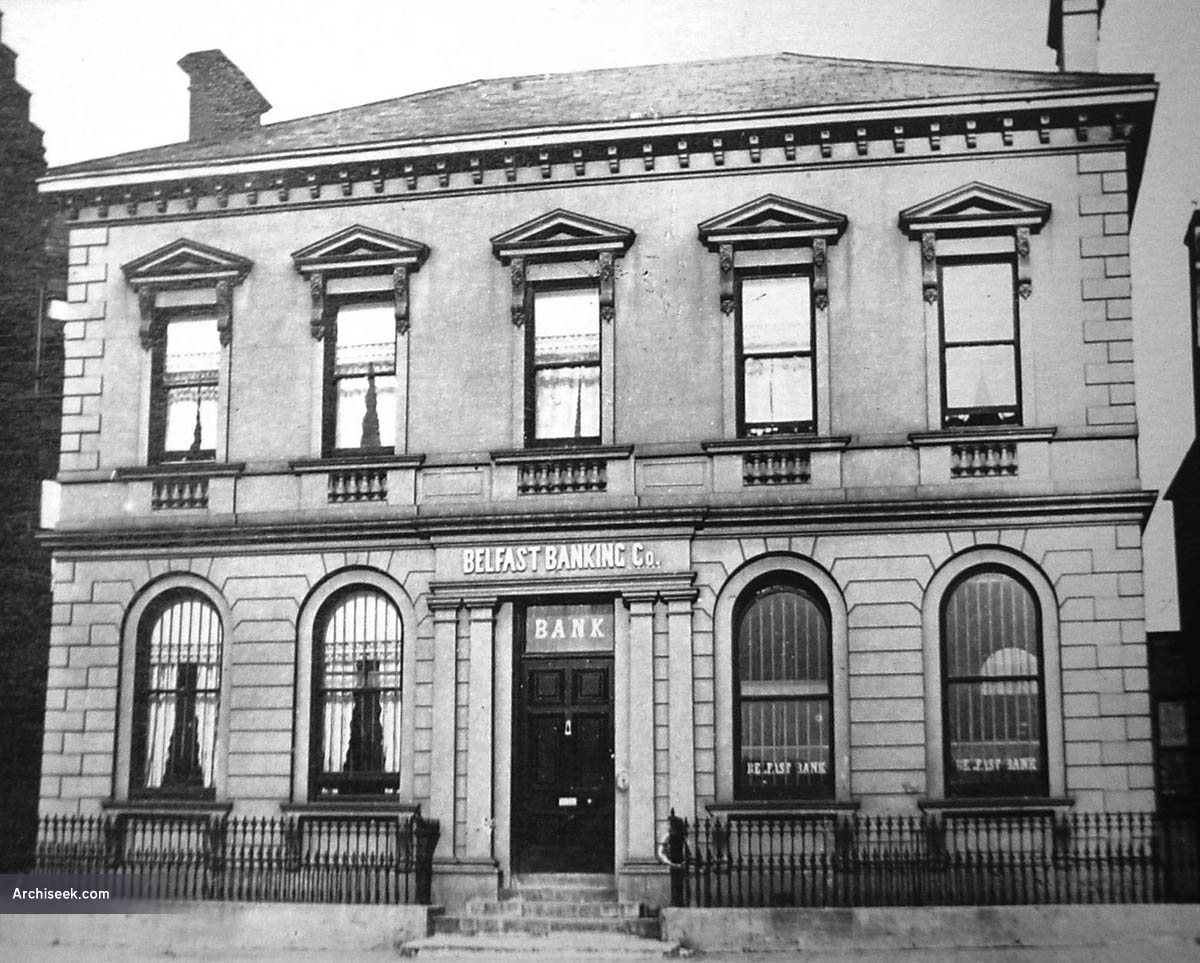 Constructed for the Belfast Banking Co., but the moved to the former Market House in Bangor in the early 1950s. At this time the court, which had occupied Dufferin Hall on Hamilton Road, moved to these premises. Having operated as a Petty Sessions Court House for over 60 years the court was finally decommissioned by the Northern Ireland Tribunal Service in 2013. A two storey five bay ltalianate design, rhe detailing on the façade reflects its character as a significant civic building.