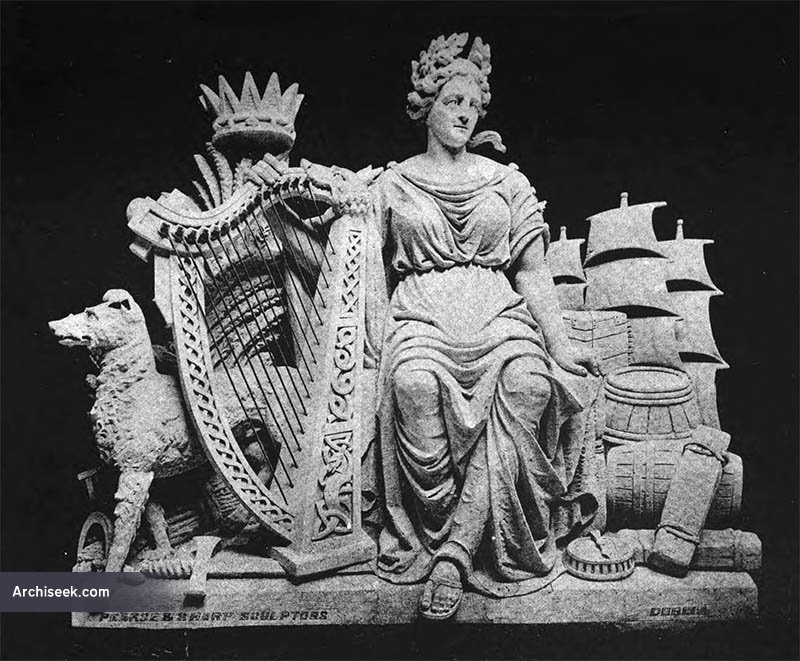 “These premises, which for some time past have been undergoing considerable alterations and improvements, are now completed. The side wings have been carried up to height of central elevation; the whole surmounted by ornamental balustrade, having sculptured allegorical group in centre, and urns on pedestals at either side. The old façade has been modernised by the introduction of balconies, sustained on granite corbels, and the old railings replaced by new, of ornamental character. The entrance from College-green is in the centre through a spacious vestibule, from which corridors communicate with the inspector’s offices on either side, and lead to the bank issue department and board-room on first floor. The new cash office measures 74 ft. by 68 ft., equal to 1,330 superficial feet more than the old office (one-third more room), having ample accommodation for fifty-six officers, with powers of extension to seventy-six. The new mantels in boardroom are composed of Galway polished green and Kilkenny black marbles, with the arms of the bank sculptured in white statuary, and set in ornamental panels above shelf. 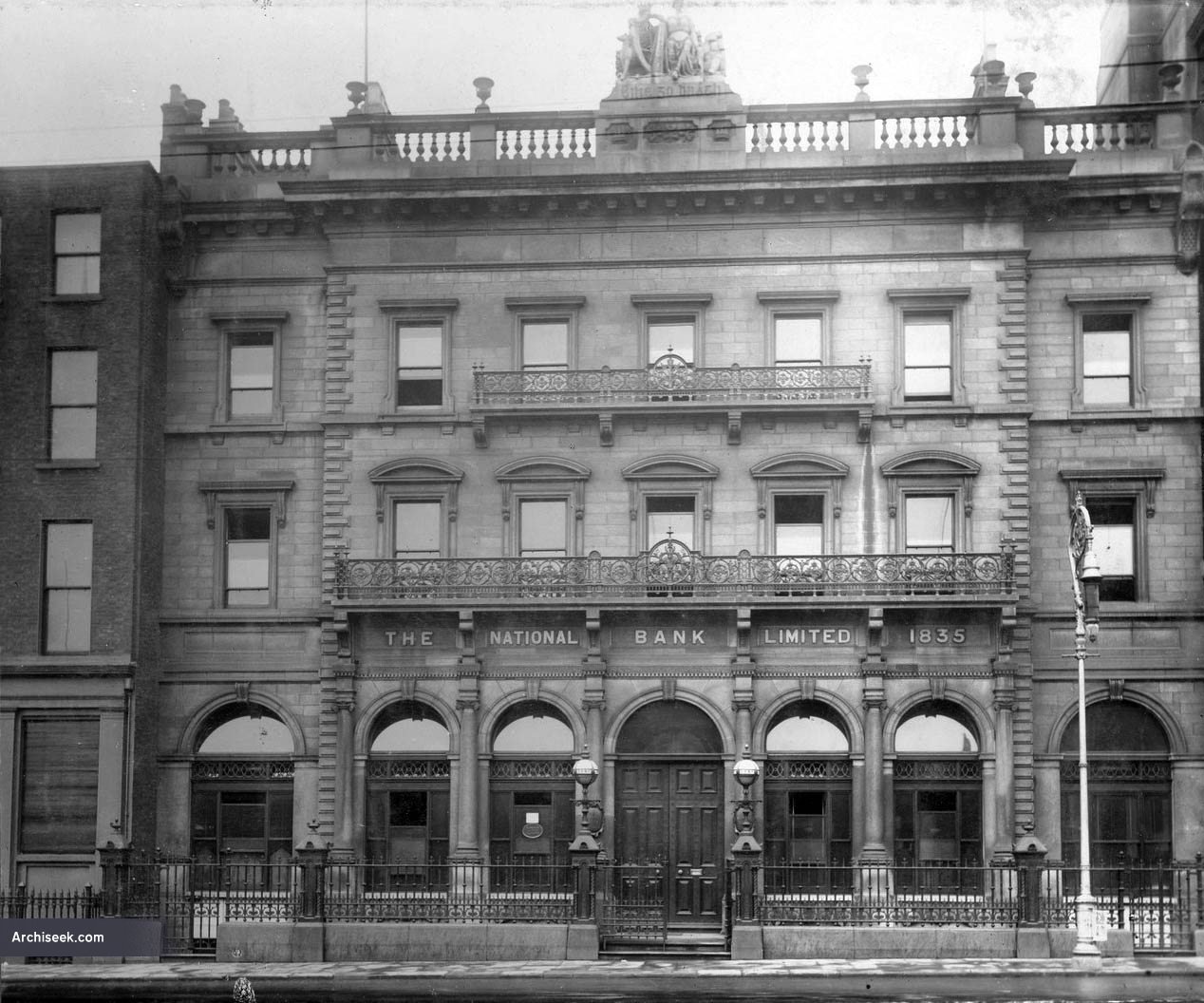 The entire area under cash office at rere and old bank premises has been converted into fireproof security rooms, perfectly dry and well ventilated. All the paving, walls, and arches of apartments underground have been executed in Portland cement of superior quality, of native manufacture, from the works of the Irish Portland Cement Co., more than 100 tons having been made use of. The works have been successfully carried out by Mr. Richard Toole, contractor, in accordance with plans furnished by Mr. Charles Geoghegan, architect, under whose superintendence the remodelling has been completed.”

“The structural works of improvement which have been carried out at the above-named building have already been noted at length in our columns. The architect (Mr. Charles Geoghegan, C.E., of Great Brunswick-street) is to be congratulated on the result of his finished work, which has, in its main features, fully satisfied, we believe, all architectural and other critics who have scanned it. The painting and artistic decoration was en trusted to Messrs. Thomas Dockrell, Sons, and Co., South Great George’s-street, by whom, it is scarcely necessary to say, their task has been, in every minutiae, skilfully executed. The dome over cash office is finished in a delicate tint of pale blue, while the walls are of a pale green shade, forming a pleasing contrast with the dome. The ornamental metal columns supporting the roof and dome are painted in imitation of Siena marble, with the bases in porphyry. The capitals of columns are statuary marble, picked out in gold, as also are the bank arms on the string course surrounding the apartment. We would recommend a visit to the National Bank in its now improved condition.” The Irish Builder, May 1 1890