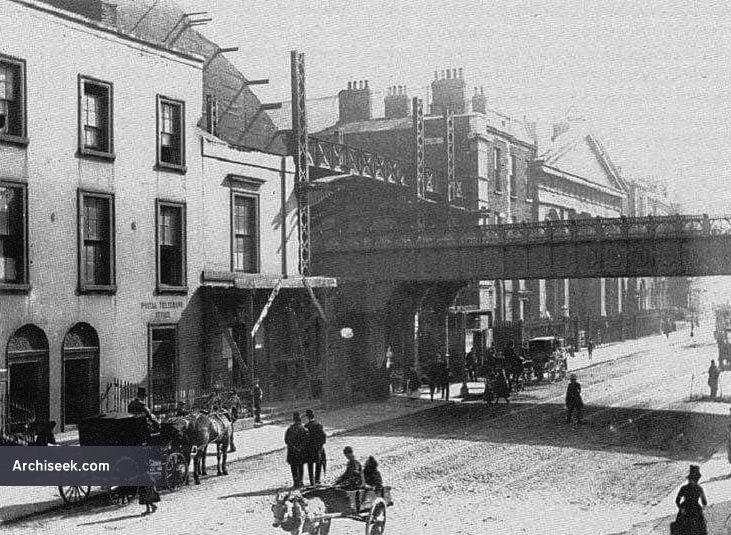 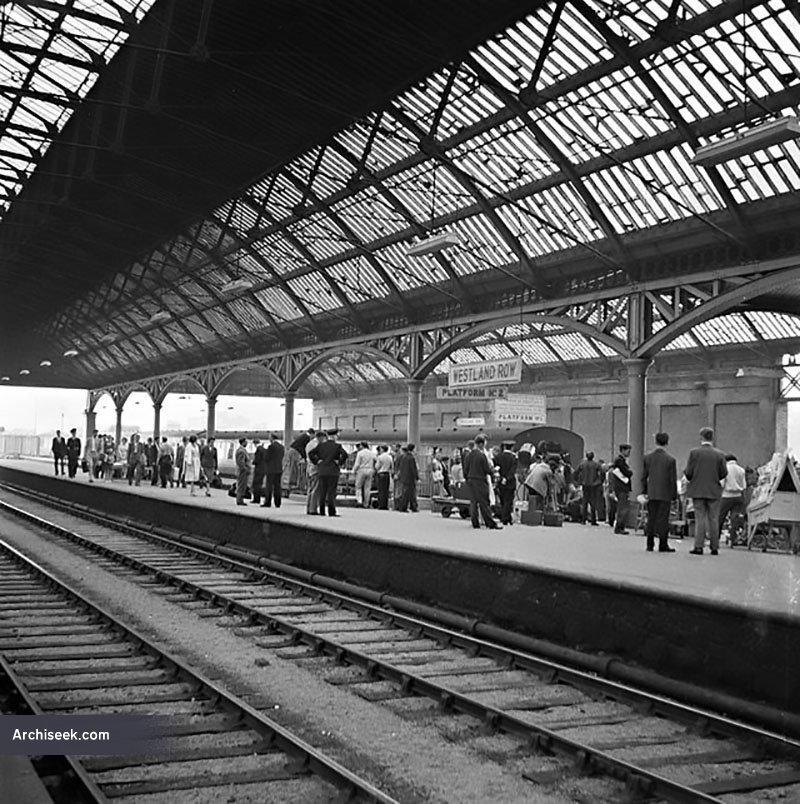 Westland Row Station opened on 17 December 1834 as the city terminus of the Dublin & Kingstown Railway. Extensively rebuilt for the opening of the City of Dublin Junction Railway, or Loop Line, in 1891. During this process, the station was converted into a through station, although it retained three terminus platforms. The station today has recently underwgone a restoration of the fine roof over the platforms. It is a very busy commuter station with two through lines.

In the photograph taken during construction, the old facade can clearly be seen. In later years CIE had a plan to built over part of the station adding a office tower to the north at Westland Row and Pearse Street.