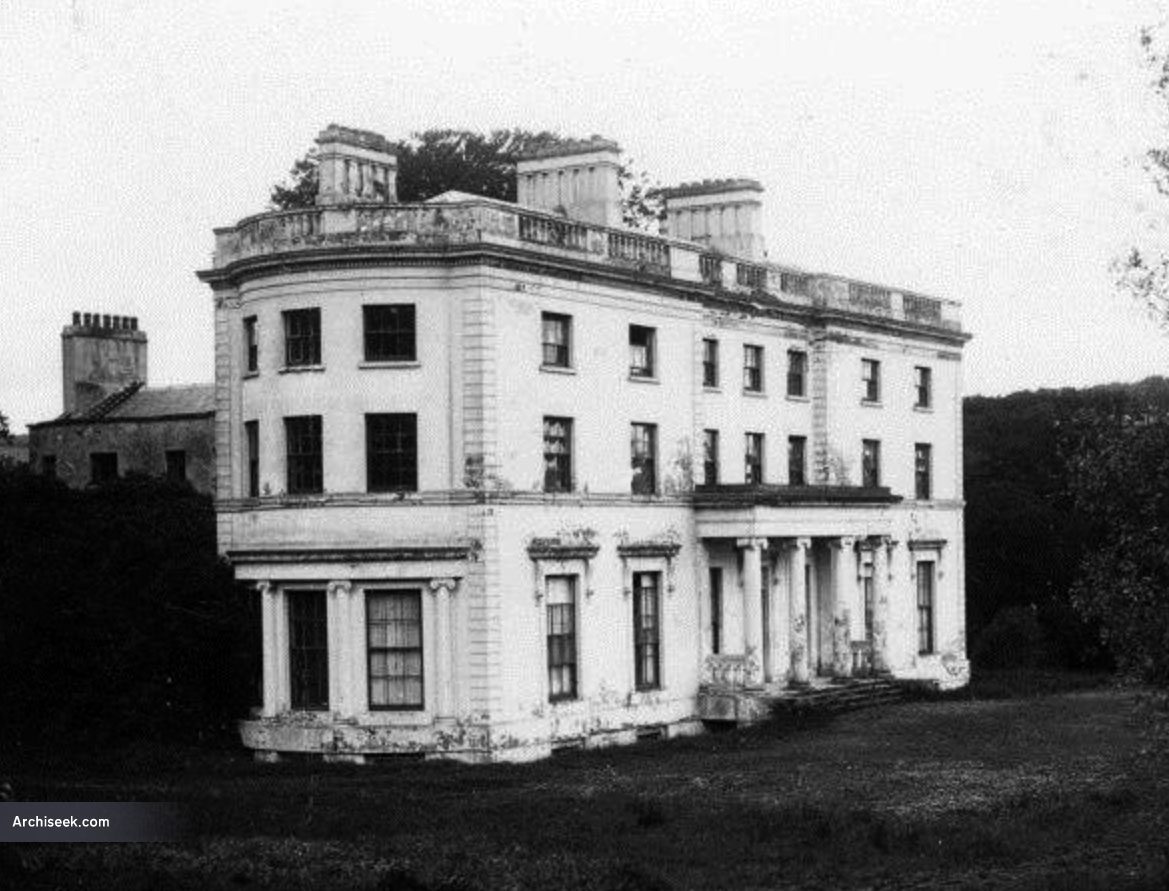 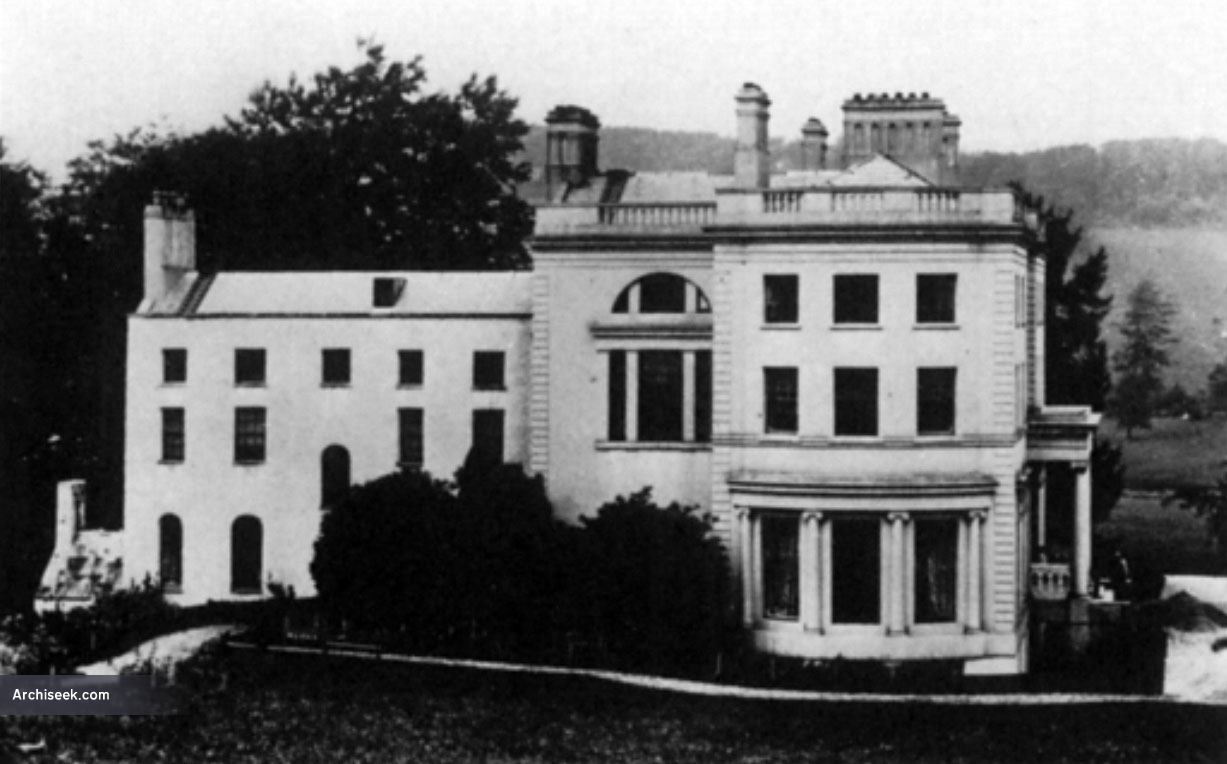 A large three storey 18th century house that later in the 19th century had a much larger, three story, over basement extension grafted on to it. The original house had a curved bay to the rear, a feature that was also utilised on the ends of the later block.

“In the early 19th century a more imposing house in the classical style, with a stucco facade of three stories and a colonnaded porch, had been added onto the earlier, rougher building, and the two were linked with creaking corridors and staircases. The library, the smaller bedrooms, and the servants’ hall were in the old section at the back, but the principal bedrooms, drawing room, and dining room were in the grander addition, looking across the lawns and parkland to stands of beech on the hillside.”

In 1901 the demesne passed through marriage to the Hart-Synnot family, who demolished part of the house c.1918 after it had been damaged during requisitioning as military accommodation during World War I and donated the remaining avenue and glen to the National Trust in 1938. The remainder of the house was demolished around that time.