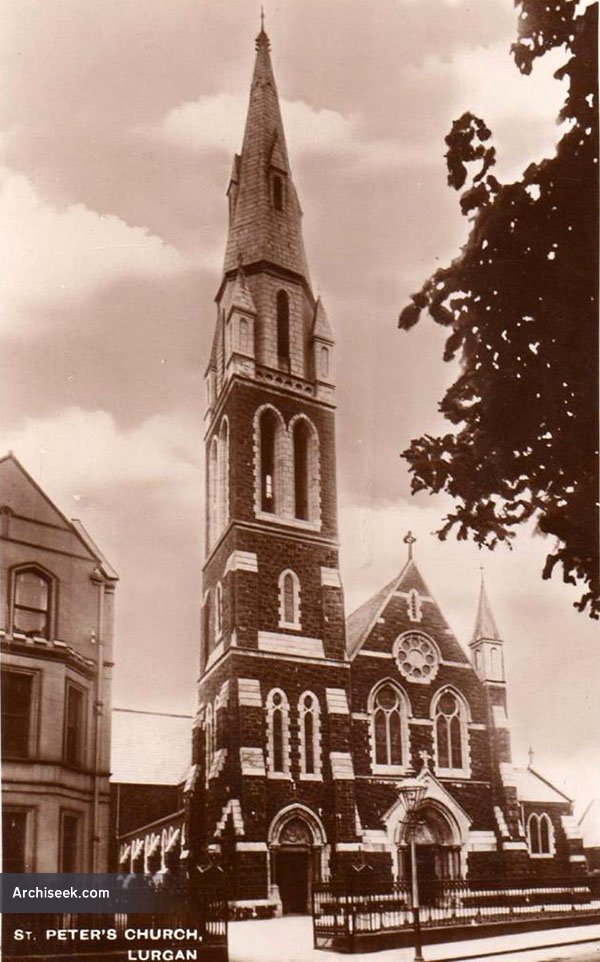 St. Peter’s Church was founded in 1833 but was enlarged and redecorated mny time over the years. In the late 1860s, transepts and a chancel was added to the original byuilding by Murray. A further enlargement followed in the 1880s. And a further rebuilding in the mid 1890s with the tower w finally completed to designs of John J. McDonnell in 1900, with the church dedicated in 1901.

But they weren’t finished there. A new font, executed to designs by G.C. Ashlin, was added in 1915. High altar, an array of mosaics, and a marble Communion Rail erected in memory of the Catholic dead of Lurgan and District who lost their lives during the Great War of 1914-18., in 1924-27 by Ashlin & Coleman.