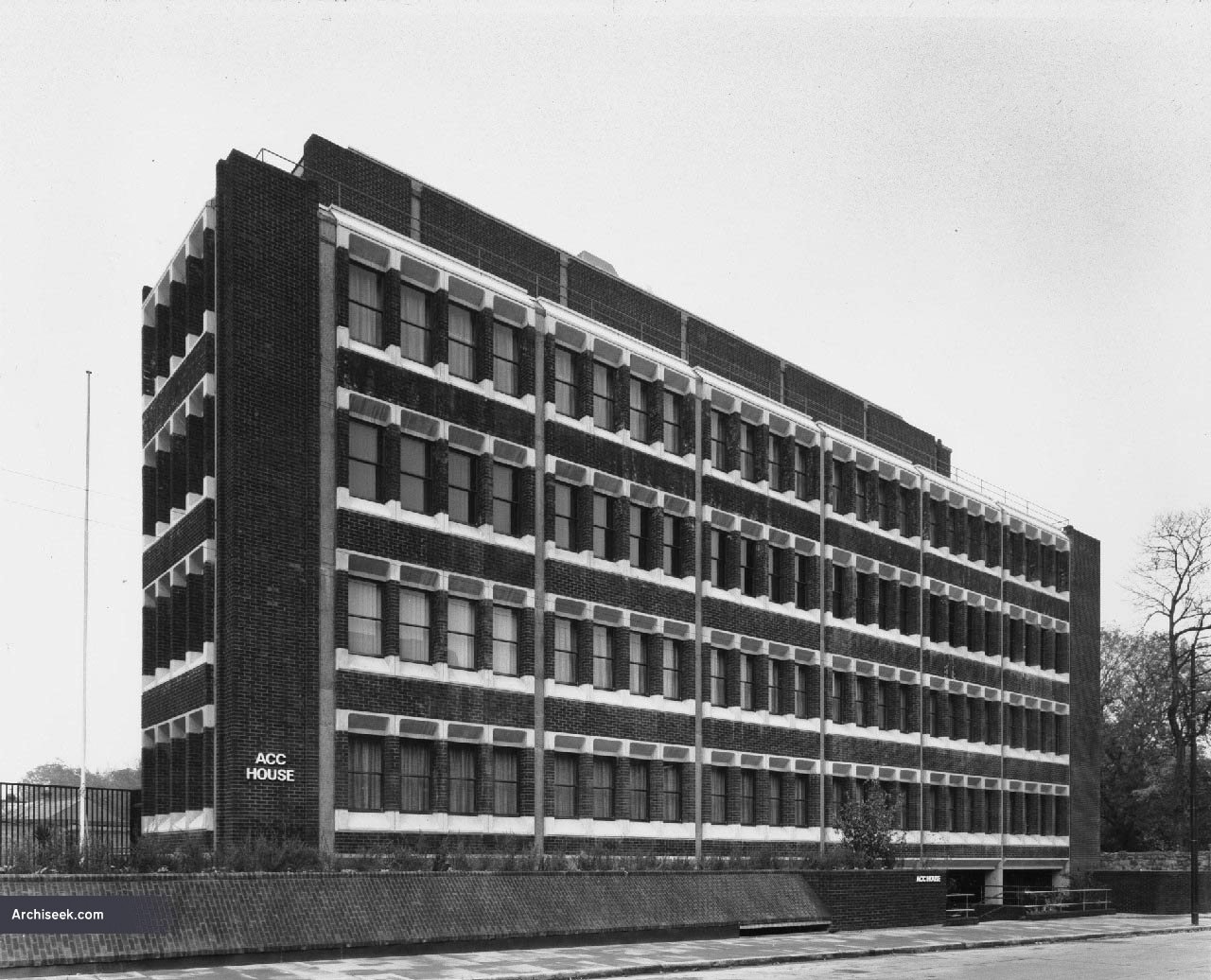 On the corner of Harcourt and Hatch Street, this large office building was constructed on the site of the Court Laundry Co., works. The Agricultural Credit Corporation had purchased the site several years previously and built their own headquarters after outgrowing their previous offices in the former Harcourt Street Station. The architects were Patrick Campbell & Associates. The building has been heavily remodelled by Gilroy McMahon and is now named Styne House.