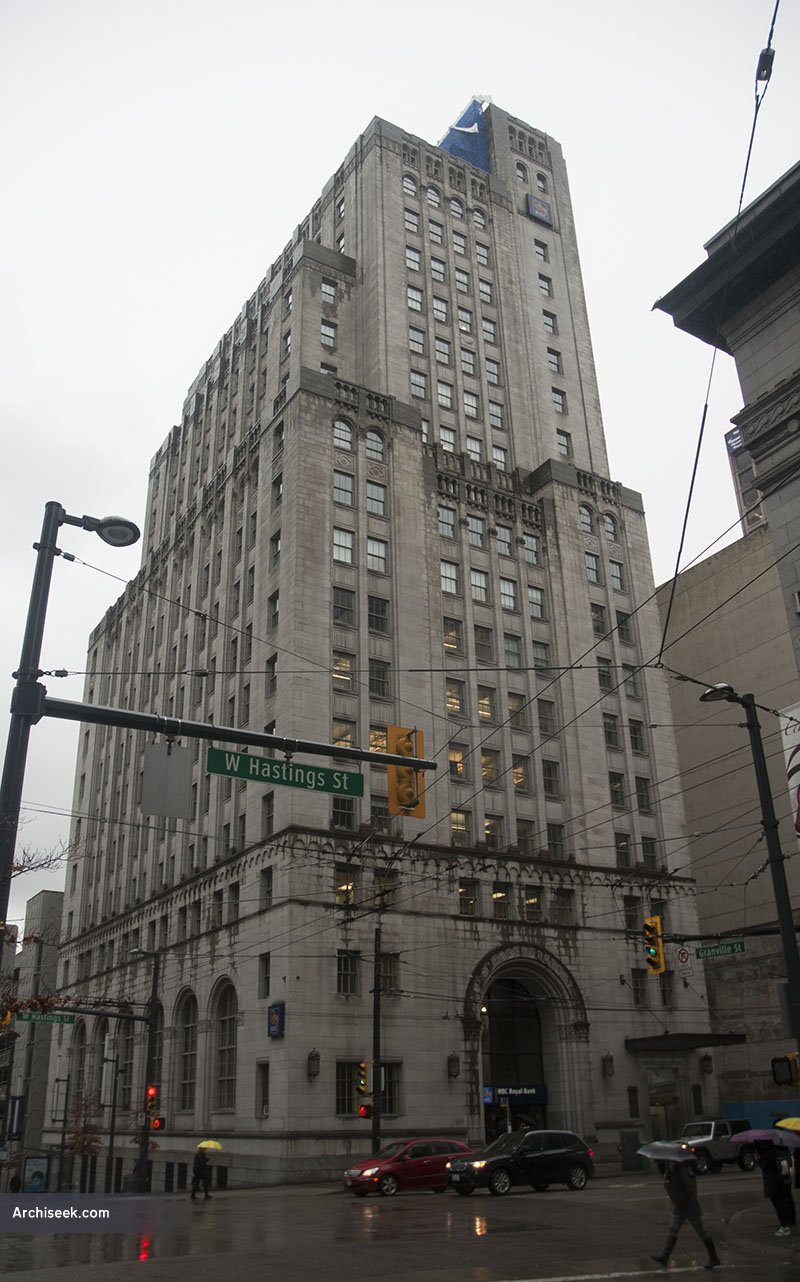 The Royal Bank Tower is a 16 storey office tower located in downtown Vancouver and served as the regional office for the Royal Bank of Canada until 1973. Designed by the bank’s Chief Architect Sumner Godfrey Davenport, construction began in 1929 and completed in 1931.

The tower’s arched windows and classical composition mimic the bank’s Montreal headquarters, which had just been completed. About 90 percent of the materials were provincially sourced, with the andesite stone cladding originating from Haddington Island. While the building employed in-vogue Art Deco massing, it was masked by Neo-Romanesque flourishes that reflected the conservatism of banks. It effectively balanced the prevailing popularity of skyscrapers with the dignified look of previous architectural trends.