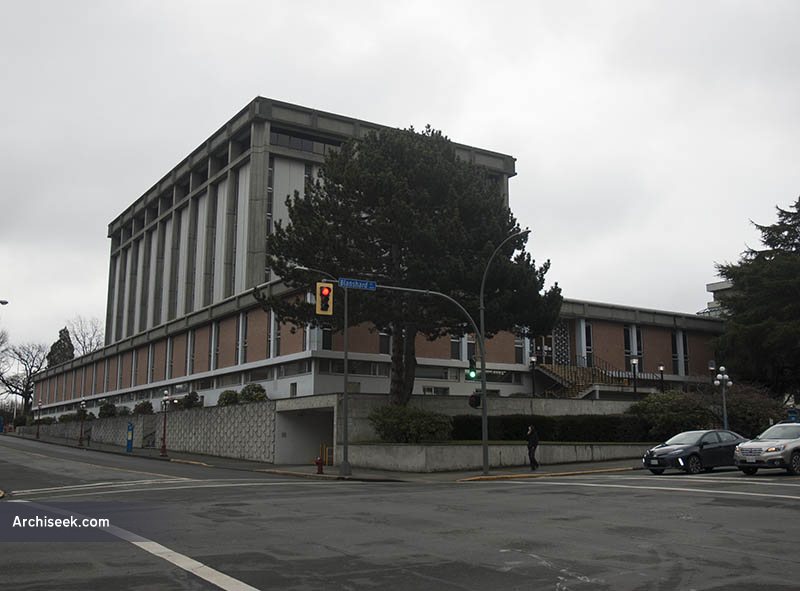 The building faces south and is a five story concrete and glass structure over a podium on a steeply sloping site. The building is located on landscaped grounds in the centre of Victoria. On the west side is a two story wing which descends the slope. In 1975, two extra stories were added. The building houses the British Columbia Court of Appeals, the Supreme Court and the Provincial Court.